In this post, we discuss the LIBOR-OIS spread; an analysis of the discounting transition has been presented in a previous post titled Change in collateral rate at CCP: quant perspective. The analysis presented here is largely inspired by Section 5.12 of Henrard (2014) and adapted with recent data and to the current situation. We focus on the USD market.

When building the overnight curve, it is important to take into account the actual market behavior for overnight fixing. The general shape of the historical time series is a set of period with (roughly) constant overnight rate between two FOMC dates and jumps at those dates.

A typical curve calibration procedure to match this shape is to build a curve with log-linear interpolation on the discount factors - to get the piecewise constant overnight rates - and with nodes on the FOMC dates - to get the jump dates correct. The market data input can be standard monthly OIS. The result of such calibration as of 21 June 2019 is provided in the figure below. Each circle is a projected overnight rate starting at the date indicated by the date on the X-axis. 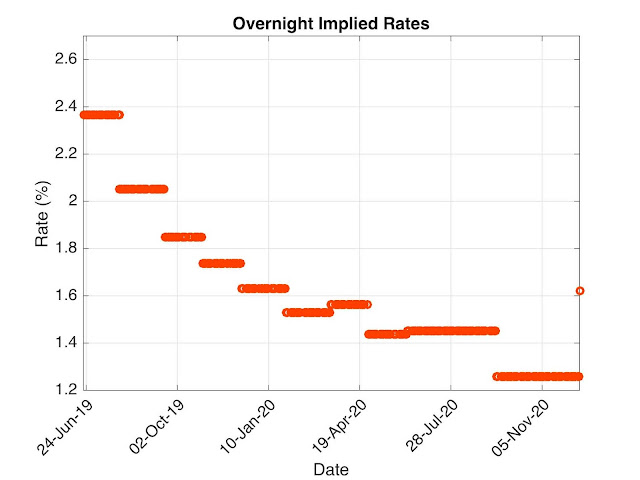 Then we want to calibrate the LIBOR curve. A typical approach for the LIBOR curve is to take the preferred interpolation mechanism and calibrate to liquid market instruments. In the example below, we have used linear interpolation on zero rates and a curve based on FRAs up to 9 months and IRS from 1 year on. Figure 2 represents the projected forward LIBOR-3M rates obtained from this method. 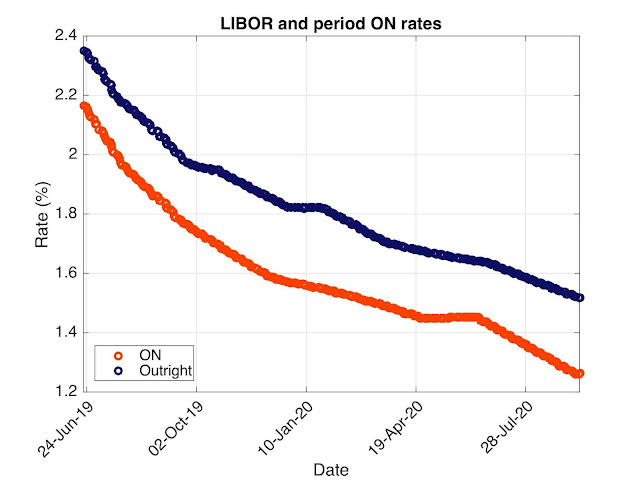 Obviously those two items (OIS and LIBOR) are not independent of each other; the spread between LIBOR rates and forward looking OIS rates based on overnight benchmarks is an important market information. This is why in Figure 2 we have also displayed the forward OIS rate implied by the curve on the same periods as the LIBOR rates.

We are now in a position to compute the spread between those two rate types. The spread obtained with the above methodologies is displayed in Figure 3. The dark blue circles are the spreads obtained for each date. 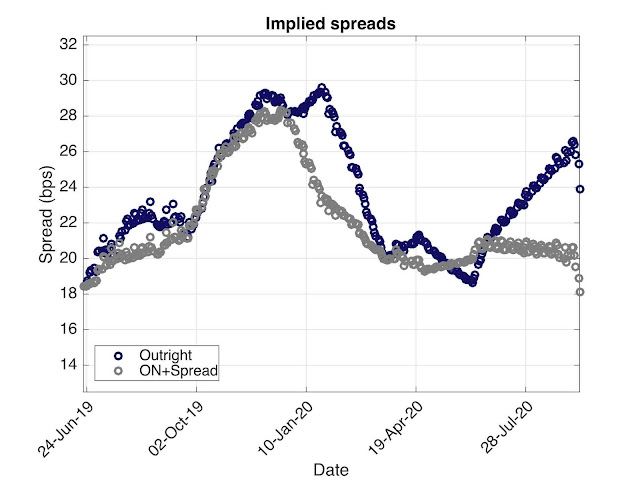 Figure 3: LIBOR-3M/OIS spreads for a LIBOR curve build outright (dark blue) and as a spread (gray); linear interpolation on zero-rates.

The methodology described above is not the only one possible. Another approach, which technically implements the intuition that (forward looking) LIBOR and (forward looking) OIS rates have a lot in common, is to build the LIBOR curve as a spread to the OIS curve. In the example we have implemented for this post, we use the OIS curve with piecewise constant overnight rate between FOMC meeting, view it in term of zero-rate and add an interpolated zero-rate on top of it to represent the spread. The resulting implied LIBOR/OIS spreads are displayed in gray in Figure 3. For that figure, the interpolation on the zero-coupon spread is the same as the one selected for the LIBOR curve before, i.e. linear. Some of the spread spikes have been reduced. The spreads are looking more natural. 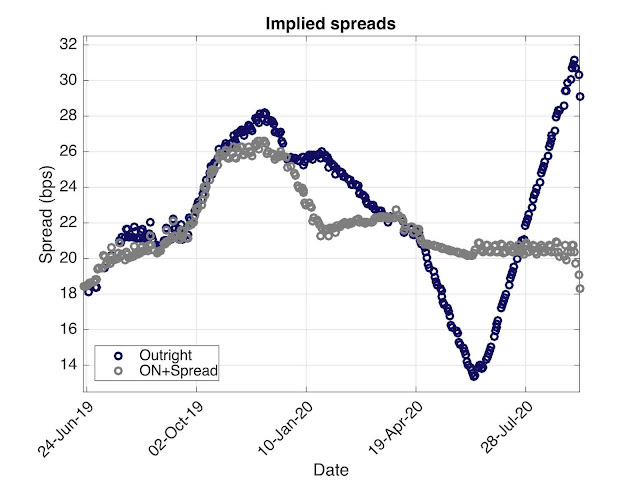 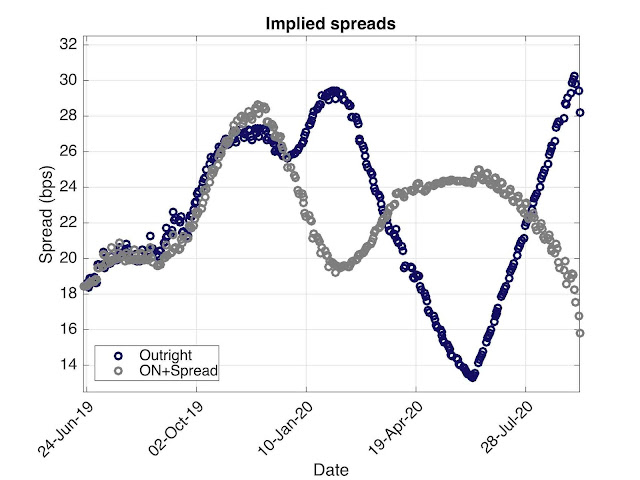 In this post, we don't claim that any of the above method is perfect ans superior to all others. Our claim, like for any feature related to curve interpolation, is that any interpolation mechanism is a hypothesis and represents our ignorance, our lack of information between the points we interpolate. Using different approaches based on different views of the same issues can only increase our confidence that we understand impacts and pinpoint our attention where our hypothesis have an unexpected impact. The spread curve approach for LIBOR is certainly a tool that market-makers or arbitrageurs with a significant exposure to spreads want to have in their arsenal.
Posted by muRisQ Advisory at 19:50
Labels: Benchmarks, Multi-curve framework
Newer Posts Older Posts Home
Subscribe to: Posts (Atom)