SOFR First started on 26 July. We now have three weeks of data. The results are still somehow mixed.

On the LCH front, the volume is again significantly below the 30 July week level (SOFR First initial week).  The volume is roughly the same as at the end of May.

A temptative interpretation could be that the US local market is moving slowly to SOFR (SOFR volume is now around 11% of LIBOR volume). Even if that move represents a real chance in behavior, it impacts only a small portion of the USD market. The figures published indicate that ISDA actually captures less than a third of the SOFR market in its SwapInfo analysis. 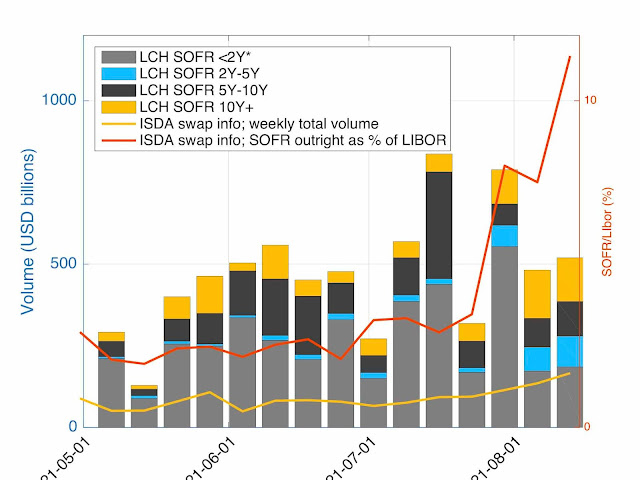 Posted by muRisQ Advisory at 15:42