Last week the 100 trillions milestone has been reached. The YTD volume at LCH passed that milestone for both LIBOR and SOFR on the same week. Emphasizing if needed that if we are in a "SOFR First" period, it is only by a very small margin. 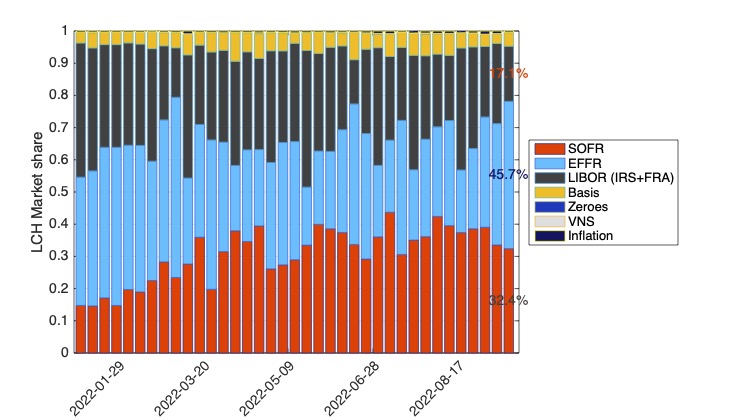 The recent period has seen several monetary policy changes in EUR and USD. The activity around those policy changes is clearly seen in the EUR-ESTR volume data, a lot less in the USD-SOFR data. For USD, EFFR still take a large part of the short term activity.

The comparison between EUR-ESTR and USD-SOFR is provided in Figure 2. The usual clear difference in the short part of the curve is clearly visible. 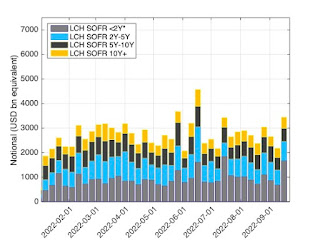 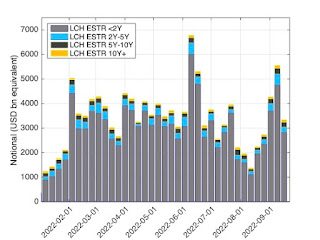