A couple of graphs from last week. It appears that LIBOR is fighting back against SOFR!

From the ISDA figures, SOFR outright is well below LIBOR outright (SOFR around 40% of the market). Figure 1: Weekly volume for SOFR at LCH and as reported by ISDA (US regulatory figures).

At LCH, the SOFR swaps represented around 36%. Remember ISDA does not report EFFR data and it is based on regulatory figures (notional well below the notional traded at LCH). 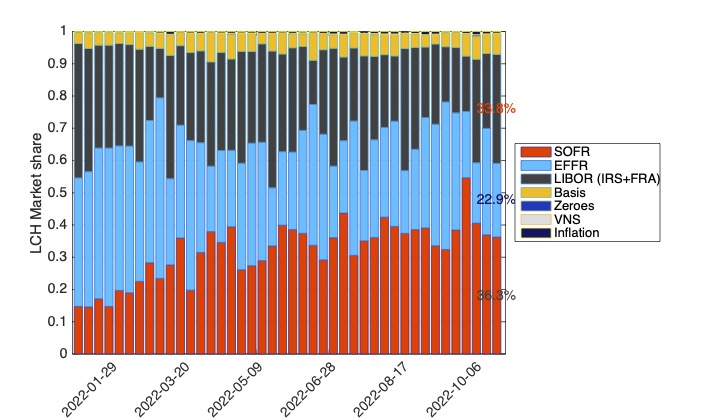 The larger than in the previous weeks LIBOR notional is not linked to cancellations or risk reduction. If anything, the LIBOR outstanding notional has increased over the last weeks. 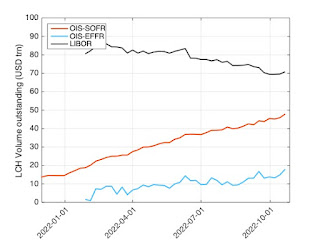