We are approaching year end. One last "weekly" review before the yearly review next week. We have not been fully consistent with our weekly updates recently, but to our defense, there have not been huge changes in the weekly patterns.

The share between LIBOR, EFFR and SOFR are changing every week, but none of them is reaching 50%. So no real LIBOR, EFFR or SOFR first. The LIBOR share is decreasing but still significant. 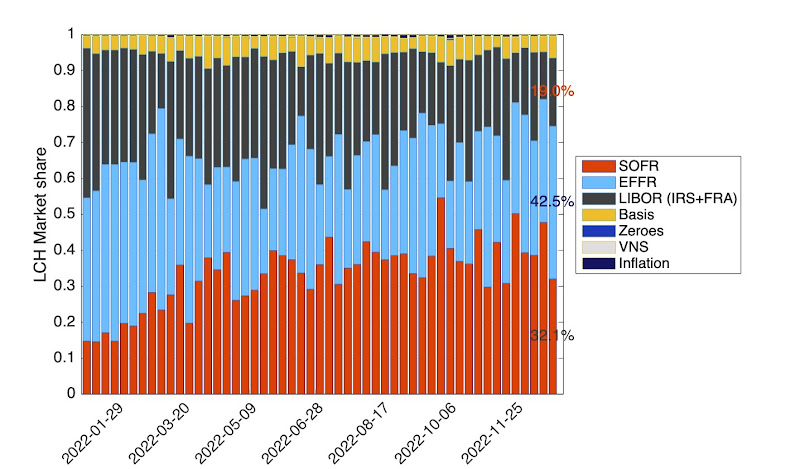 The LCH figures and ISDA figures (based on US regulatory filling) are saying basically the same thing. The trend is in the increase of SOFR and decrease of LIBOR, but it is not a smooth trend. No major change in the last 9 months. 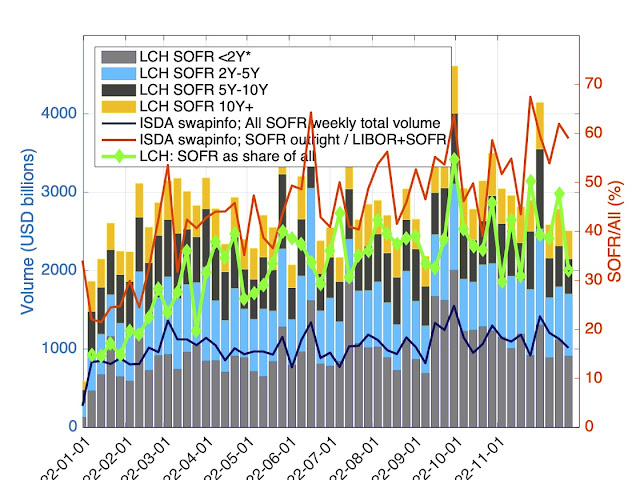 From an outstanding notional point of view, LIBOR is decreasing, SOFR is strongly increasing and EFFR is slightly increasing. We are still more than 10 trillions away from SOFR First. 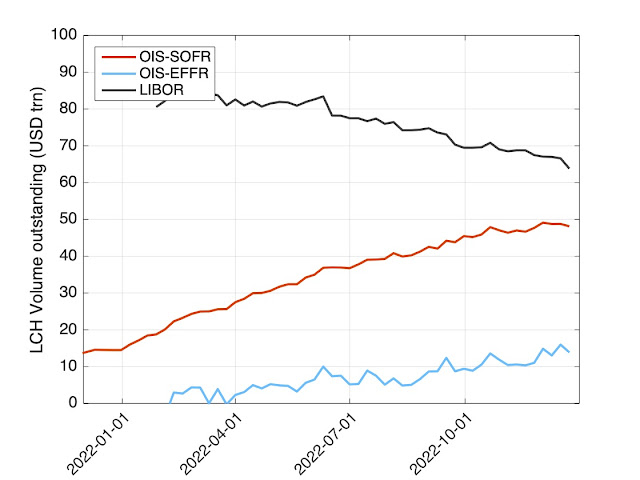