This week, SOFR as usual (small progress) but important news on the ESTR side. EMMI (the administrator of EURIBOR and the disappeared EONIA) has started to publish a ESTR Term rate (in beta version).

The Term rates are unfortunately not part of the fallback in the derivative ISDA definition but the Euro Risk Free Rates Working Group has recommended a forward-looking term rate as a fallback for EURIBOR for certain asset classes. As described in several SOFR related blogs and seminars (e.g. here), the share of the ESTR short term trades (in gray in Figure 1) is quite high. The ESTR liquidity is concentrated where it is important to have a robust ESTR Term rate. This is by opposition to USD-SOFR where only a small part of the volume is short term and the recommended SOFR Term rate is based on futures which require an arbitrary interpolation schemes and un-hedgeable time weights.

Also in relative terms, ESTR is taking more importance. As displayed in Figure 2, the ESTR share has reached 60% last week, to be compared with SOFR share at 37%. 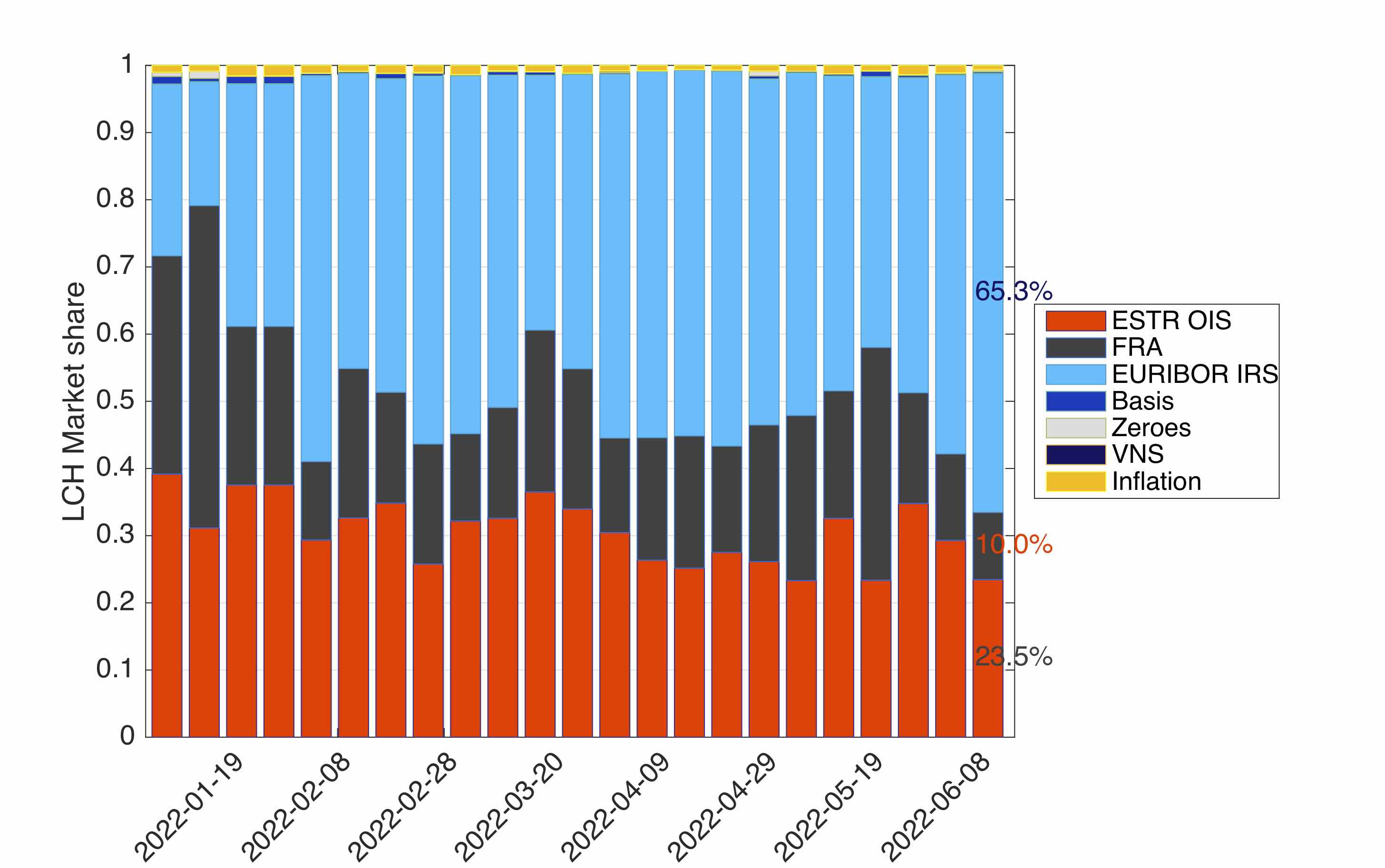