For the second week in a row, SOFR is coming third in the benchmark race at LCH. Its share is down to 27.4%. 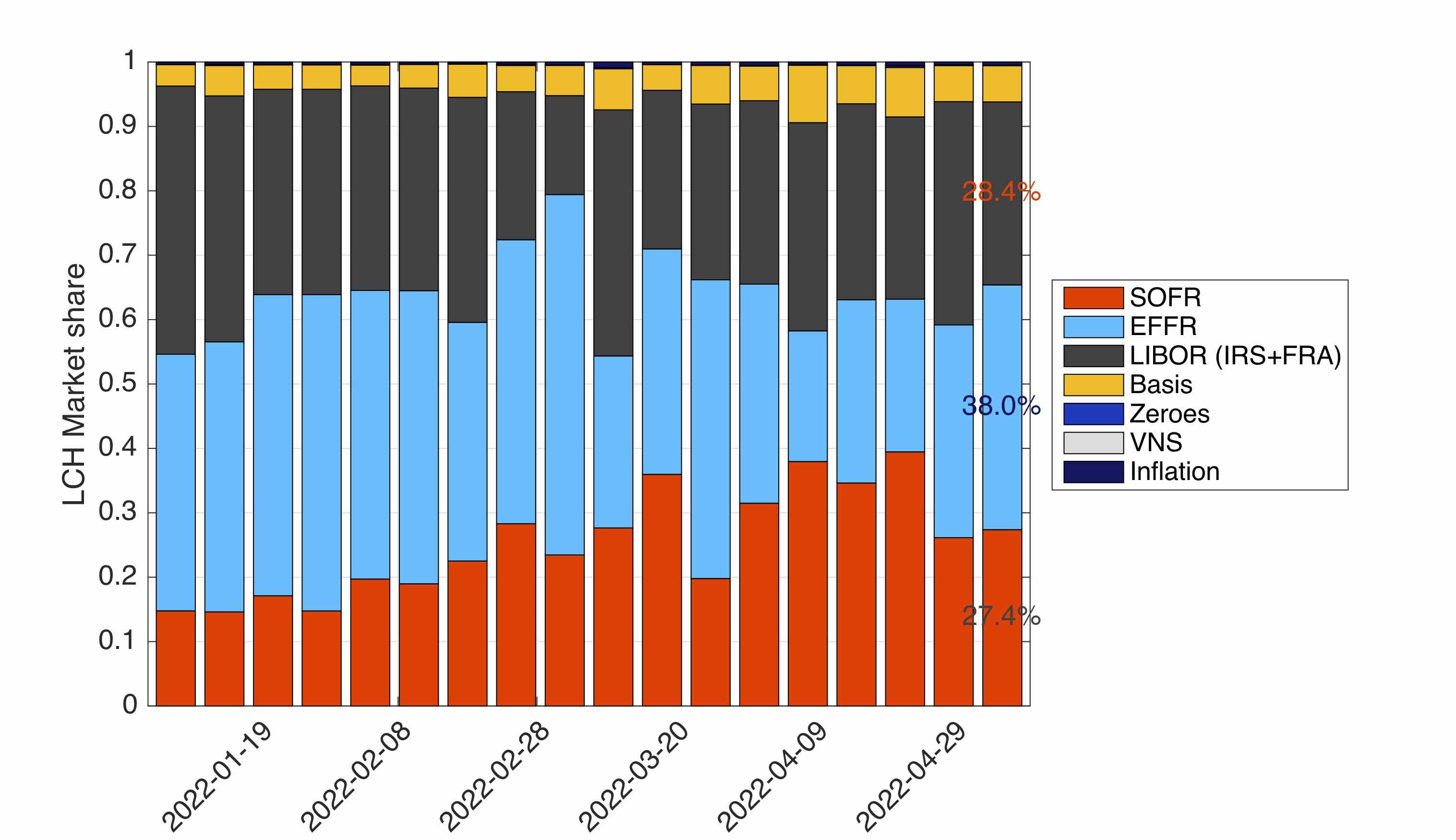 On an absolute basis, the SOFR figures are not great either. The weekly traded notional was around 2.3 trn, which is a level similar to January. The volume has peaked at 3.2 trn at the beginning of April. The SOFR volume decrease is also visible in the ISDA/US regulatory figures. 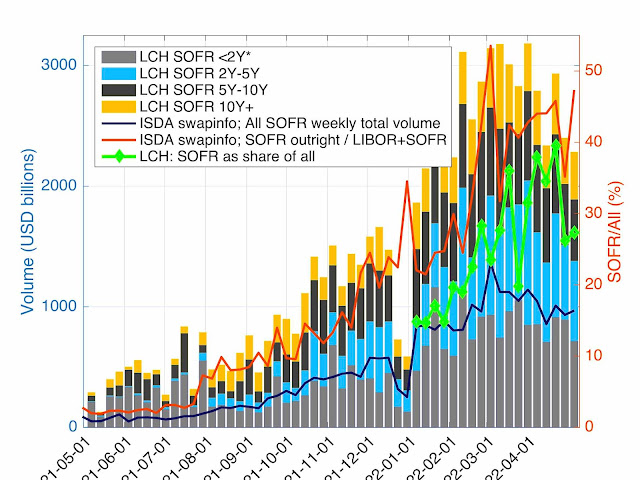 If we look at the currencies for which LIBOR has been discontinued (GBP, JPY and CHF), we see a common behavior for the outstanding amounts at LCH: they are all decreasing since the start of the year (hyphened lines). We don't have a direct explanation. It can be a combination of: better use of compression for overnight, market participants less comfortable with OIS than with IRS, transfer to other CCPs (JSCC for JPY, EUREX for CHF), or something else. But certainly it is worth keeping an eye on it as it seems common to the three currencies. 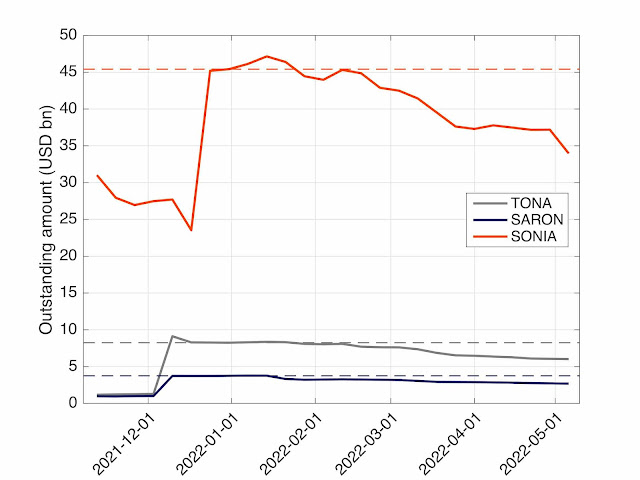