LIBOR transition: Back to LIBOR first - again and again!

Last week, we were saying "SOFR: slowly getting to SOFR First"; this week it seems we have to take that back. This week title is LIBOR transition:: Back to LIBOR first - again and again!, as reference to the "LIBOR Transition: Back to "LIBOR First" - again!" post from one month ago. The reason is the same, LIBOR appears very sticky. Each time the market seems to definitively move to SOFR first, LIBOR comes back with a vengeance and take over again. 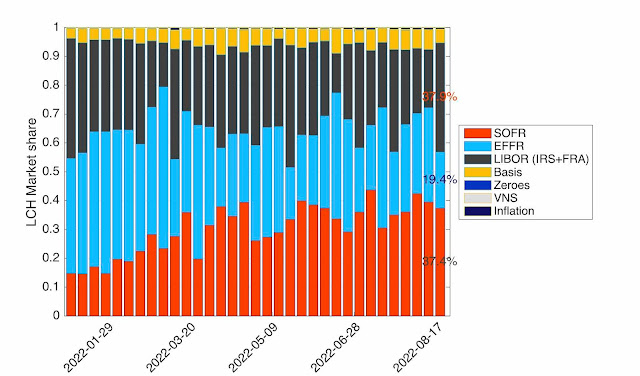 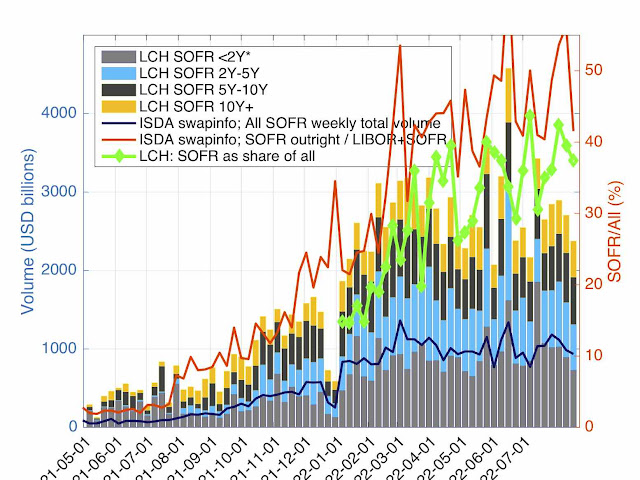 At the outstanding amounts level, the picture is not very different. Over last week, outstanding LIBOR amounts have increased (slightly). The LIBOR volume is far from being "risk reducing". The outstanding SOFR volume is below its peak from 2 weeks ago as visible in Figure 3. 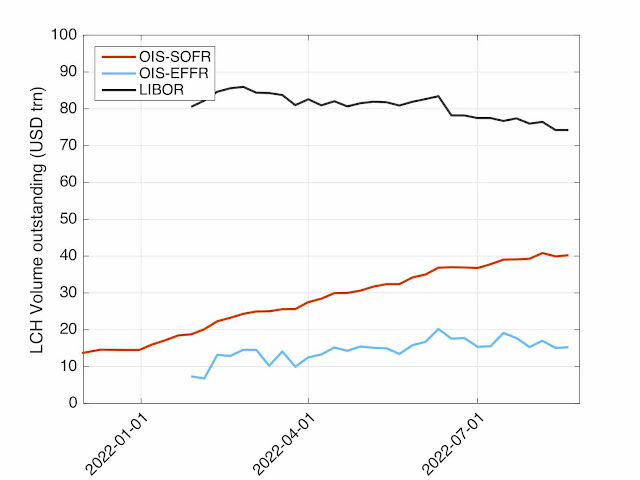 More than 5 years after the "Future of LIBOR" speech, almost 18 months after the announcement of the definitive LIBOR dismissal and more than one year after the SOFR First announcement; LIBOR is back to the forefront.