Is the LIBOR/SONIA spread curve flat?

In a recent blog we described the apparent convergence of the market basis spread to historical spot averages. This would be a consequence of the new fallback language based on historical mean/median. To illustrate this we have used USD 30Y EFFR/LIBOR basis swaps data and previously GBP 30Y SONIA/LIBOR basis swaps.

An argument that we have heard against our description of this convergence is that the spread curve is not flat. The argument is that if there was a convergence to historical mean, it should be the same for all tenors and the curve should be completely flat. If you look at the curve as of the end of May, you can see that the curve is not flat at all; the spreads are between 9 and 17 basis points. The graph of the GBP SONIA/LIBOR-3M basis spread for different tenors is displayed in Figure 1. 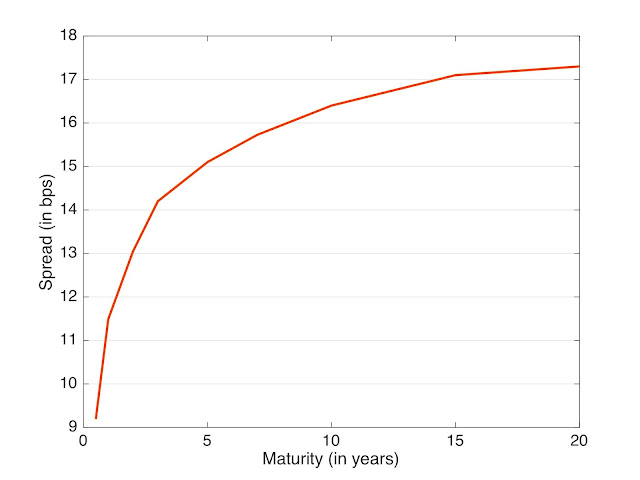 Our answer is the following: The argument is correct but incorrectly applied. Yes, if the market has already incorporated the fallback on an average spread, the spread should be the same for all tenors and the curve should be very flat. But this argument applies only for swaps after the discontinuation date. The discontinuation is expected to take place at the start of 2022.

Now we can look at the same data with the correct glasses. What are the spreads for basis swaps starting somewhere after 2022 and with different tenors? We have not looked only at starts in 2022, but at forward starts with starting dates every 6 months for the next six years. The results are displayed in Figure 2. 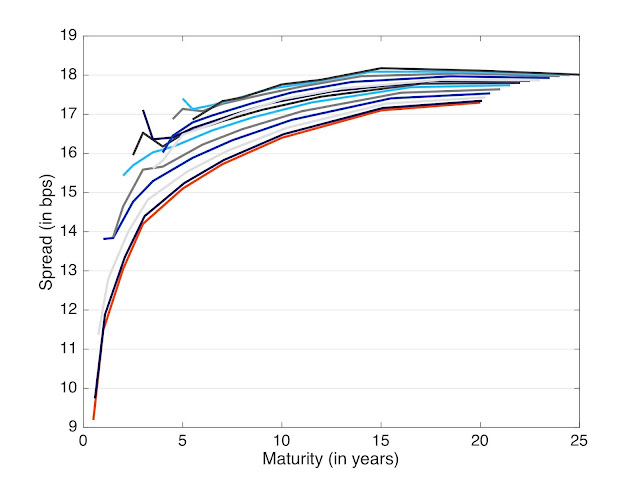 Figure 2. Shape of the GBP SONIA/LIBOR-3M basis spread curve and several forward starting curves as of 24 May 2019

From that figure we can see two things. 1) the curve is (almost) flat for forward swaps starting after 2022. 2) The curves are not flat for swap starting in the next 18 months.

Not only is the market really pricing a flat curve in line with the convergence arguments but we can also infer that the market is not expecting a discontinuation in the next 18 months. The shape of the curve seems more an evidence for the convergence as described in previous blogs than against it.
Posted by muRisQ Advisory at 18:29